Homework is an issue.

In the past, The Boy has put up quite a fuss about doing homework, but would usually end up doing it grudgingly. I sometimes made executive decisions about how much we would do, and whether or not we would do it, based on how meaningful I thought it would be.  Luckily, teachers over the past couple of years have been fairly understanding. 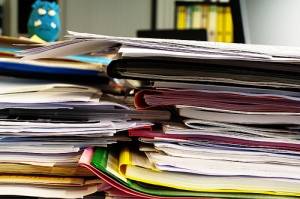 This week marks our third week in school, and we have had very little to do, thankfully.  But on Thursday last week, The Boy dug his heels in and simply refused to write a paragraph for social studies, due the next day. I took away a privilege and wrote an email to his TA and his social studies teacher to give them a heads up.

The next day, we negotiated. We talked about promises, and what it means to give someone your word.  He then promised he would do his paragraph 5 minutes after dinner on Monday. We reminded him all weekend about his promise, and he seemed to understand and expect what we had talked about would happen.

After dinner, I brought my computer to his room, and the complaining began (“I wasted my time!” is a common refrain). I wheedled and cajoled, reminded him of just how serious it was to give someone your word and go back on it. I asked him how he felt when someone broke a promise to him.

I told him I was not going to argue with him about homework all night, but that he had broken a promise, and warned him that the next time he needed me to trust him, I probably wouldn’t because he broke his word.  And I sent another email to the school.

This is a common issue in autism households.  However, I don’t think I will be able to persuade an IEP team to eliminate homework entirely. Which means I have another nine months of this to look forward to.