I’m pretty lucky. The Boy generally does what I ask him to do. Unless, of course, he is in the middle of something. And generally, if I set a timer for five minutes or so, he will usually do it then.

Last Sunday, I decided that he should help me prep his lunched for the week. Pretty simple tasks involved, like counting 12 crackers and 12 pepperonis to put into snack bags. The cheese is a bit more complicated, involving a knife and cutting, but I figured he could help me with the bulk of it. I gave him five minutes, and he came to help, doing what I asked. My goal is to get him to the point where he can do this himself every Sunday, because why not? 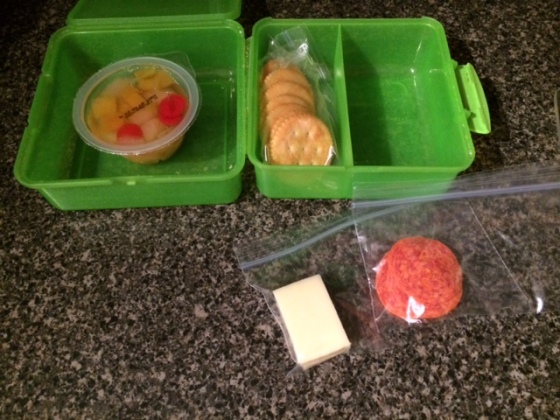 It took awhile, mostly because he is so careful when he does tasks like this. It would have been much easier for me to do it myself, but then, I won’t always be there, will I?

Every time we do something like this, I give myself an internal high five, and The Man and I look at each other and say, “He needs to do more of this.”

I’m off to brainstorm more ways he can “help,” so we can add them bit by bit…

As The Boy gets older, his anxiety becomes a bigger and bigger challenge. Since elementary school, he has had a preoccupation with absences at school. Not only his (he can tell you what date he had a dentist appointment and missed a day of school in second grade), but those of other students and teachers, as well. This preoccupation has become so intense over the past few years, that it has induced some anxiety attacks and meltdowns, interfering with his ability to function at school.

After a little research, Cognitive Behavioral Therapy seemed to be the way to go, and I went looking to see if there might be some therapeutic activities I could foster at home to help him become more flexible.

We are trying a visual weekly calendar (not monthly so it’s not too overwhelming), so he can see what is planned for the week. In addition, we have a post-it note where unexpected events are listed and crossed off upon completion. This is so that he has a regular spot to which he can refer to see and reassure himself about the change. And because these “unexpected” events occur quite often, hopefully he will begin to see that life goes on when these things happen, and as we say around here, we just have to “roll with it.”

I tend to forget how powerful visual images are for The Boy. I’ll keep you posted on how it goes!

If you are in the US, and even worse, in a battleground state, you know that the election coverage, ads, and rhetoric are inescapable. Unfortunately, some of that rhetoric is not appropriate even for my 14 year old to hear.

But he is in high school, and I know he hears about this stuff at school, too. My challenge is to explain to him what’s going on.

I’ve explained recently that I’m a political being. I can’t escape it. I’ve always been interested in social justice, and politically active, even taking the young kiddo canvassing in 2008, when he was just six years old. I also take him with me when I go to vote. It’s an important part of being a US citizen, and I want him to understand that.

I also want him to understand why The Man and I speak about the candidates the way we do, and why we feel the way we feel. It’s harder because I know we are in the minority in our county. In fact, there will probably be very few kids at his school who speak about our candidate with any respect.

And as I explain to The Boy about the importance of being respectful of others’ views, I hesitate. I understand many of the complexities in this cycle, but The Boy does not, and truthfully very few high school students probably do either. Much of what he hears at school will be parroted from what is discussed at dinner tables.

So, in these justifiably divisive times, what do I say? I say that it all comes down to being nice. We choose not to support the candidate who says mean things about people. Because that’s not nice. We start there, and work our way to the other stuff. The other stuff that I shouldn’t have to explain to my kid , but now have to because an adult on the national stage, nominated for the most powerful position in the free world modeled incorrectly. 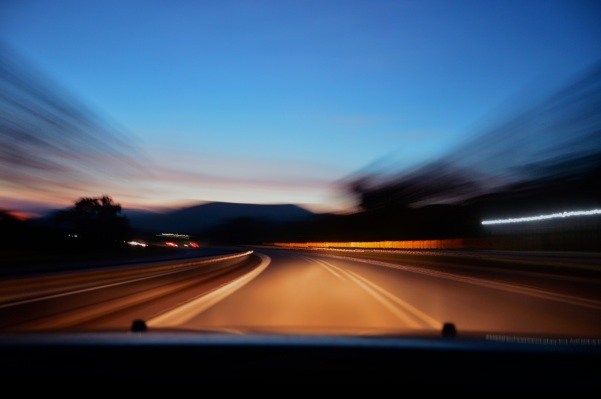 The Boy is 14, and will be 15 in two months. Old enough to take driver’s training. I don’t think there’s much out there that he would like to learn more than how to drive for real. He “practices” in the passenger seat often, rides the riding lawnmower without assistance, has driven go karts, and in general very much looks forward to the day when he can drive his own car. But will he?

I’ve talked briefly to him a few times about how his high school track will work out, how he will get some work skills, and concentrate on learning how to become an employee. But he still wants to be a band director. I think he still wants to go to college. And I know that in the strictest sense, he will not go to college as he envisions it.

He has dreamed about getting a blue Chevy Sonic to drive when he gets his license, but I had to break it to him the other day that it wasn’t going to happen, and that he needed to start saving if he wanted a car at all. A new car of his choice is just not in the cards.

When your kiddos are little, this all seems so far away, and the last thing you want to do is limit their dreams. But when it comes time to face reality, then what?

These are the things that keep me up at night as a mom to a teenage boy on the spectrum. It may not be all that different from being a mom to a neurotypical teenager, except that reality sometimes doesn’t make sense to a logical, autistic mind.

Yesterday, The Boy left his bag on the bus. Not his backpack, like he originally tried to tell Grammy when he arrived to their house. His “electronics bag” which he carries everyday and contains his iPad, his 3DS, his games, and all of his chargers. Cha-ching.

As soon as I arrived (after 5 o’clock), and determined what was really missing, I contacted The Boy’s teacher, who had contacted the vice principal who deals with transportation. He emailed back to say he would look into it in the morning. *sigh*

Remarkably, The Boy was not overly agitated or anxious, although when his laptop finally ran out of juice around bedtime (because his charger was in his bag left on the bus), he let loose a few loud and angry epithets, and I had to snuggle up next to him to calm him enough to sleep.

I also found out yesterday that his special ed teacher would be out today due to dentist appointments that she had forgotten about for herself and her two children. Ok. We’ll manage, I told her.

And then I received two texts from her classes (math and English) reminding us to sign and return a movie permission slip for today. Guess what? No permission slip was in his backpack. So who do I email? Weren’t we doing this dance a couple of weeks ago?

Finally, after emailing his elective teacher to explain that we would need one more night for a project, he emailed back to say it was no problem (yay!), and to explain that The Boy had a quiz today (wha?).

So today, The Boy has an absent teacher (check), a missing electronics bag (check), no permission slip (check), and a quiz (check). Everything will be fine, right?

Did I mention that we might get hit with Hurricane Matthew this weekend, and everyone is buying French Toast supplies (milk, bread), water, and generators at an alarming rate?

Everything will be just fine…