Yesterday, the band director’s text alert system let me know that the permission slip for the upcoming band competition was coming home today, as well as something about a spring trip to Washington DC (…yikes…). When The Boy came home, I searched his backpack. Nothing. I replied to the band director’s text – “Could you email it to me?” he said he could.

Last week, the science teacher, from the same text alert system, let me know that progress reports were coming home. Looked in the backpack. Nothing.

And you know that there is still math work floating around in that thing, but I have been told that it is not homework, and that it will be worked on in school, so I don’t touch it.

And there goes last week’s reading log floating by…

This type of lack of organization has to do with executive functioning skills, often a deficit for kiddos on the spectrum, and many with ADHD. Without assistance and support, and regular lessons and routines to help them get their stuff together, they continue to not bring things home-bring the wrong things home-not turn stuff in.

Considering that The Boy is not verbal about school either, this becomes a real issue. Like when I find out about a band concert two nights before (do his pants even fit??). So, I kinda need to know about any kind of trip that is leaving the state.

Before his program was annihilated, he had an opportunity at the beginning and end of the day to check in with his ASD teacher to make sure he had what he needed, and turn in anything. It is evident that that support has not been replaced.

And I kinda need the staff to do something about this. Yesterday.

When the ex cancelled his summer visitation, he said he planned to come and visit The Boy this fall some time, and then asked about Christmas.  At the time, I reminded him that he had had The Boy last Christmas, which would mean he would have him for Thanksgiving this year, instead, and then possibly the week after Christmas if we could work it out. He agreed, and said he would let me know about fall plans.

Tomorrow, October begins, and I doubt the visit here will happen. In fact, he texted the other day to explain why we hadn’t received child support in a month, and to reiterate that he was “working on” Thanksgiving. No mention of the previous plan to visit here sometime this fall.

The Boy has been through this enough to know that what his dad says will happen rarely does, but he still hopes. When I remind him that we’ll have to wait and see what happens, “I know, I know, I know,” he says, and goes right on hoping. Usually.

Fast forward to this past weekend. It was a rough one, because the girl upon whom The Boy has a crush was absent Friday. As you well know, when someone is absent from school, it is a sign that the end is nigh, and we all run around screaming at the sky because she has moved away, we will never see her again, and why bother doing anything because there’s no point.

The Man and I were doing our best to cheer him up, offering fun things to do, and being generally silly, when suddenly, The Boy piped up from the backseat of the car (always conversing in the car), “I have an idea!” Usually this means he is starting to come around, starting to make everything ok in his own mind, but this time it was actually a real idea. “We can go to Myrtle Beach and ride the go-karts, and I don’t mind missing school to do that.”

Did he just say he was ok with missing school? This kid? The one I have had to beg and plead with doctors and dentists for the past eight years just to find appointments close to the end of the school day so I wouldn’t be reminded fortnightly of that one day in February of 2006 when he had to miss school??

But he wasn’t finished.

“And if my dad can’t have me for Thanksgiving weekend, we could even go then!”

He actually vocalized himself that his dad’s plans would most likely fall through. And made a back up plan of his own to deal with it.

I think my little boy is growing up.

This morning, The Boy’s transport van was ten minutes early.  If you know nothing about autism, you probably still know that routines are king, and if you mess with a routine… Well, watch out.

I heard the first honk at 6:38am.  The Boy had just decided he didn’t want to wear the pants we had chosen, but wanted to wear the blue ones.  I frantically searched for the blue ones, found them, gave them to him and he said, “Their inside out!”  I quickly turned them right side out, handed them to him and asked him to put them on, while I found a pair of socks to put on his feet myself.  That done, I headed to the front door, opened it, and stuck out a finger (no, not that one, although I was tempted), to let her know we had heard her and were coming as quick as we could.

I returned to The Boy’s room, and told him to go put his shoes on.  I grabbed his poptarts in a baggie, and his bookbag, and tried to hurry him out the door.  “Where are my glasses?” he wailed.  I set everything down, and went into his room to get his glasses.

Really?  Did you think I didn’t know you were there?  I already came outside in my robe to let you know we were coming, but you needed to honk again?

When I came in, The Man said, “Really?  Why was she so early, and why did she have to honk twice?”  Exactly.  “You need to call them and tell them they can’t do that to him.  He needs his routine, and they definitely don’t need to be honking like that.”

The Man advocating for The Boy.

Not just supporting me, because he knew I was a bit frantic and anxious from the situation the driver created (which he did, as well, asking more than once if I was OK), but actually defending and advocating for The Boy.

Today is The Boy’s last day of summer day camp, and he said yesterday that he will miss it.  We’ve come a long way from it not being just like ESY, and the battles to get him out the door because he couldn’t use a computer there.

With the end of his summer routine comes anxiety, both the good and bad kinds.  He is excited to start school, and we meet with his new principal next Tuesday to see the school and get a feel for how his days will run.  Of course they are still working on his schedule and reviewing his IEP to see how they are going to have to meet it, for 30 days at least…

His dad will most likely not be taking him for his summer visitation at all, so The Boy has two weeks until the new school routine starts.  He wants to get in last trips to the water park, the beach, and all of those activities which require free time.  We’re also going to be looking at some used bikes this weekend, so he can continue to ride around the neighborhood with his new buddies.

And of course, I have anxiety about this new school and whether or not they will be able to meet his needs.  Will we be able to work out our work and school schedules?  What will they try to change when the 30 days is up, and how hard will I have to fight?

Whatever comes, we can handle it.  He didn’t like camp at first, and now he is going to miss it.  Me too. 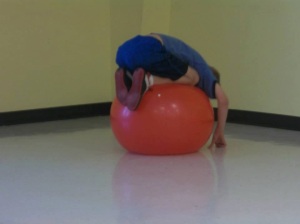 It’s hard, isn’t it?  Routines are blown to hell.  Everything is different, even from day to day.  There are strange foods, different expectations, and it’s just difficult. We do not often stay at hotels on our vacations, because we are … END_OF_DOCUMENT_TOKEN_TO_BE_REPLACED