Hey, there, friends. Long time no write on my part. I’m sorry about that. Between the election, NaNoWriMo, and some other stuff going on in our lives, my head has been swimming. I did pre-write some posts and schedule them, but not as many as I would have liked, so I’m checking in with you all today.

So, my head continues to swim, which is better than sinking, I guess. I wanted to check in with you folks. It seems like it has been forever.

I wish you all a wonderful Thanksgiving. ❤

We had a great deal of fun. The band director put me in charge of two groups of girls (most of whom are The Boy’s friends), and The Boy. He roomed with me.

Both days were non-stop the entire time. I think everyone would have appreciated one less sightseeing stop in favor of a bit more time to eat and breathe. But we did get to see and experience a lot, and ended up walking the equivalent of 16 miles in 48 hours.

The Boy was amazing. We got to our final destination of the day on Friday, which was a parade at the Marine Barracks – a fantastic experience! – and all of a sudden I realized I hadn’t given The Boy his evening meds, and we were going to be in the stands until after 10pm. He was also sitting away from me. I could clearly see him, but what if something happened? What if he got upset for some reason? Would it become a national security incident? Should I alert one of the very nice marines that he has autism? I did nothing, but watched him like a hawk, body taught to spring into action if necessary. He watched and enjoyed the whole thing, “conducting” every piece and loving every minute of it. There was absolutely no issue until later that night, when we finally got into our hotel rooms after 12 midnight. He was trying to log on to the hotel wifi without a password, and I didn’t think I knew what it was. The phone was out of order, so I couldn’t call down to the desk, and I reasoned that it was late anyway. I should have known better, but I was exhausted, too. A doozy of a meltdown ensued, and we rode it out. Luckily, it was relatively short-lived, if aggressive. Then I found the password on the envelope our room key was in, let him get on for a couple minutes, and all was well.

He had been “on” for 18 hours, I didn’t give him his meds until late, he was exhausted, and it was the perfect recipe for a meltdown. Unfortunately, I’m not always at 100%, and when I fall down, I can’t expect him to remain standing.

When it was all over, and he was calm, in bed, with the lights out, I talked to him about how proud I was of him, how he had had an amazing day, and that he would have a great day the next day, too. We just had to figure out a better way for him to cope when he gets upset, but that we would work on it together.

The next day, he woke up a happy camper, and we did have a great day. This kid amazes me every damn day. 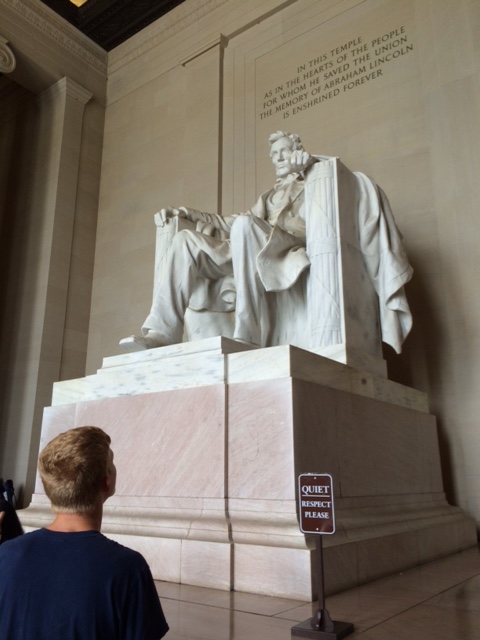 More and more, this school year, I am wondering what the heck The Boy is communicating through all of this behavior.  My sweet little boy is refusing to do work, refusing to go to class, refusing to go to school… like someone has flipped a switch. When we experience a negative behavior (i.e. when all hell breaks loose), after the initial shock (Who is that demon child and where did he put my son?), I am left to figure. Autism parents are familiar with this. Determine the trigger and try to eliminate or decrease it so you can better manage the fallout, and predict when it might happen again. Except when you cannot for the life of you figure out the trigger.  Could it be puberty? That magical ingredient that changes body chemistry and is our current prime suspect? Is it medication that needs tweaking? Is it a virus, which always makes The Boy’s behavior completely wonky? Is it someone at school making fun of him? Is it a teacher? Is it..? Is it..? We are trying to take this thing and try to determine its formula, its ingredients. And it’s a difficult, difficult thing. 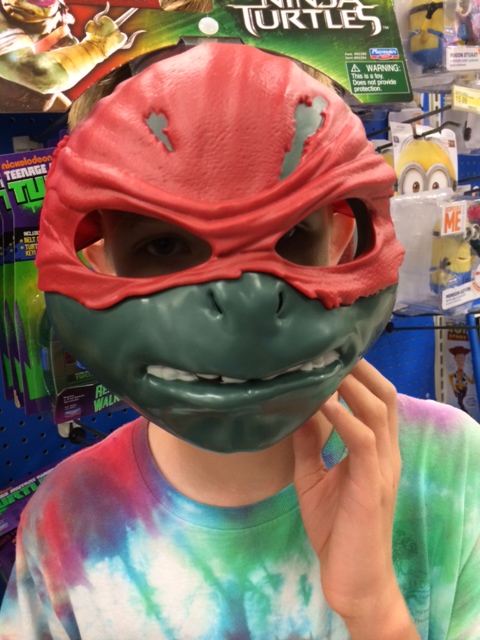 Who are you and what have you done with The Boy??

Shared here at Mama Moments Mondays – check it out!