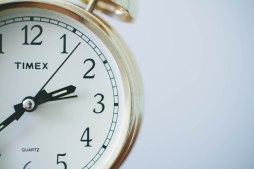 For a time, we were both angry. Then I lost interest, and he remained angry. But even if time doesn’t heal all wounds, it does mellow you out, a bit. I’m not going to say he still doesn’t have flashes of angry – it was only a couple of years ago that he cancelled the night before a visitation because he suddenly didn’t like our drop-off arrangements. And I wonder what will happen this spring when he realizes I really mean it that The Boy will not be flying by himself. I saw a flash of the old fire in his eyes when I told him that at drop-off a few weeks ago.

The truth is, probably nothing will happen. He may get annoyed, he may even get angry. But he probably won’t shout at me on the phone or send me a nasty text – both of which he loved to employ in previous years. Maybe he has reached a stage where he is indifferent, as well.

In any case, most of our dealings are what you could call “cordial”. Of course I wish he would make more of an effort with his son, but I realized a long time ago that I have no control over that, and it isn’t worth my energy. As long as it stays that way, “cordial” is just fine by me.

You know how some people thrive on conflict, and when they can’t find any create some on which to feed?  Yeah, that’s not me.  When my parents (very rarely) argued when I was little, I would crawl under tables and hide in closets and they weren’t even shouting at each other.  Conflict ties my stomach in knots and makes me head for the bathroom.

The ex is one of those that thrives on conflict.  He also has anger issues, so things can escalate quickly, loudly, and threateningly.  Today, he has threatened to contest our move down south.  Not when I told him we were moving in December.  Not on February 10 which was the last time he spoke to his son until Monday.  Nope.  Today.  Why?  Because he isn’t happy that I am unable and unwilling to adjust my vacation plans (i.e. cut my vacation short by 2 days) to accommodate his inability to pick up his son in a timely fashion for his visitation on spring break.

Luckily, this escalation was all via text, and he doesn’t have a leg to stand on.  My side: all business (the parenting agreement states… I can meet you on these dates…  it is your visitation, so you need to make the arrangements).  His side:  all bluster (expletive… don’t you dare threaten me…  I will contest your move… you might be very nervous come this spring).  All in text, all documented.

And my stomach is in knots.

And I’ve contacted my attorney.