Today was a snow day for me, and not for The Boy. (Picture me grinning and laughing maniacally, and rubbing my hands together with glee.)  Time to tackle The Boy’s room.

The Boy is a collector, and as I’ve said before, like lots of kids with autism, just won’t give anything up.  Not for the poor kids with no toys, not for money, not for anything!  “Mine, mine, all mine!” he must be chanting in his brain.  But like the old lesson with the petri dish from school, if everything continues to grow, you run out of space.

Enter Christmas and a December birthday.  And two sets of parents (and grandparents).  Toy explosion.  And then he dumped those damned fusion beads everywhere.. TWICE!!  I was ready to tear my hair out, and his worst fear (and my biggest fantasy) was that I would come in and vacuum them all up.  (Do not, whatever you do, allow those beastly little things in your house.  They will find their way to every nook and cranny and will defy you when you attempt to pick them up.  They also hurt when you step on them in bare feet.  They are the bane of my existence.)

I got the call this morning, and The Boy did not, so I packed him off to school, and came back to hop into bed and dream about tackling his room.  That lasted less than an hour – I was so excited to get crackin’!

My strategy is to hide out-of-favor toys for a period in the basement.  This ensures that the one thing I think he will never ever remember that has now gone underground can be found again when he says, “Hey!  Where did that green squishy worm thing go?”  If nothing gets asked for after a certain period, it all gets donated or freecycled.  There is a closet-full now.  Some are destined for the center program for severe special needs in our district.  Others will be put in a box randomly for “porch pick-up” by families who are willing to take a “grab bag”.  Some of these things are brand new, still in the wrappers, too, but I don’t care.

Finally, the boy is getting old enough where he likes videos and clothes and money as gifts, and not the toys.  It’s just the will to hang on that prevents us from getting to where we need to be.  Most of the time, I am honest and upfront with The Boy because I want to model behavior I’d like to see in him.  But when you are dealing with a hoarder/toy addict, sometimes you have to take drastic measures.

I left some for him to sort through and put away later tonight.

But you better believe I hoisted that vacuum in there with a certain amount of satisfaction, and sucked a bunch of those babies up – looked like the old fisher price corn popper.  It’s almost as fun as putting piles of paper through a shredder. 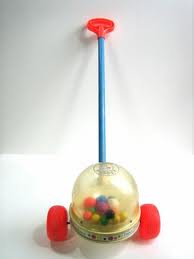 It seems that lots of kids with autism enjoy legos a great deal.  There are probably lots of good reasons, and I can think of a few: You can certainly make order out of the chaos of a bunch of … END_OF_DOCUMENT_TOKEN_TO_BE_REPLACED

I have found that too often, app developers are all too willing to make a buck on apps “for special needs kids”. Many are upwards if $5, and I have seen quite a few in the $100 range. That is … END_OF_DOCUMENT_TOKEN_TO_BE_REPLACED