I spoke with the band director about band camp next week. Originally, he had said he wanted The Boy there, which would mean a 12 hour day and missing the last week of Summer Day Camp. The Boy put the kibosh on that, but agreed to go after day camp. I asked him if he understood that meant a change in his routine – he would have no time at Grammy’s for the week, and would add an additional three hours to an already long day. He assured me twice that he could handle it.

When I spoke with the band director, I told him the schedule The Boy would follow, and he seemed to understand. I asked him about a few logistical details, and if there would be an upperclassman or someone who could help The Boy keep track of what he is supposed to do. He responded with the name of an adult supervisor who had helped The Boy’s friend last year, and would be very helpful to The Boy – he had already made arrangements for this, which impressed me.

Finally, I asked if it would be helpful for me to come in and talk to the kids about autism, and at first he said that the kids already had some experience with The Boy’s friend. I responded that The Boy is a different kid, and that we sometimes expect kids to know how to react when they really have no frame of reference. He really liked the idea, suggesting I come in after the school year has started.

I just texted my friend, mom to The Boy’s friend and his twin brother who will be in their second year of marching band this year, asking if they would save him a spot at dinner, which is just about the time The Boy will arrive to band camp each day. She said The Boy’s friend and his brother have already indicated that they plan to “look after him,” which warms my heart and gives me even more hope. Maybe this will work our after all… 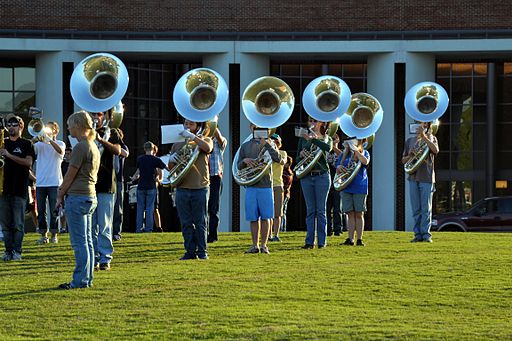 P.S. The ex actually sent me a check to pay for band camp… Will wonders never cease!