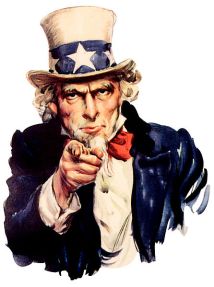 Apparently, being a tween with autism means everything is your mom’s fault.  No really.  I think it’s a thing.  That’s what someone told me.  And in our house, it is certainly bearing true.

This week it all started with my gleeful purging of the broken, un-played with junk in The Boy’s room.  You see, a little voice told me to either take the trash bags out of the house, or at the very least, tie them up.  But no, I don’t need to listen to no stinkin’ little voices…  And The Boy promptly raged at me when he figured out I had thrown away some unopened McDonald’s toys from like, eight years ago.  So much for my glee.  Everything was my fault.  I am the meanest mom ever.  He wants to move away and not live with me anymore.

He was angry, and I could understand it.  But I had reason on my side (fat lot of good that does you when you are arguing with someone on the spectrum).  I ended up having to sacrifice three McD’s toys from my plunder, and all was well.

Until today when I picked him up from kids club after school.  And he was missing another salvaged dollar store toy, a fake blackberry.  And it was all my FAULT.  I LOST IT.  I am so mean. Why would I throw out his TOY??  Except he had salvaged it and brought it to school, so it clearly wasn’t my fault that it was missing again.  There I go with the logic again…

Wouldn’t get into the car.  Wouldn’t get out of the car when we got home. Raged some more about how awful I am.

But I don’t just sit there and take it.  He loses screen time if he can’t be respectful with me.  Therefore he lost screen time both days.  Once he was able to calm down, I thought of some chore he could do to earn it back, and again all was well.  Until something else will be ALL MY FAULT again.

I hope everything won’t be my fault forever.

5 thoughts on “The Blame Game”