Let me start out by saying that the word “bully” is being misused a million times a day.  Being bullied means that you have been a repeated target of someone who makes verbal or physical attacks on you.  You have not been bullied if someone called you fat once.  This post will describe one incident that happened to my son, and therefore does not qualify him as being “bullied”.  I just like the alliteration : ) 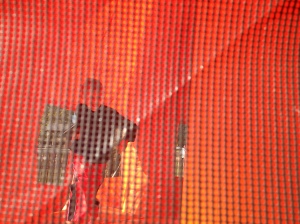 One day (it was probably a Friday), The Boy and I visited our local bounce house.  I have a love-hate relationship with the bounce house.  I love it because 1)he gets some physical activity which 2)makes him tired, and 3) he enjoys it a great deal (especially the unlimited old school video games).  I hate it because 1) it is germy, 2) it is loud, and 3) it is boring for me.  In any case, he does not interact with other kids too much (I know, shocker), but flits from bouncy to bouncy, from video games to slides, and back again, tra la la.  On this particular day,  there was a birthday party going on while we were there for open play.  I would estimate the girls in the birthday party to be about 7 or 8 years old.  I was sitting near the big, hill-shaped bouncy where I knew The Boy was playing, and noticed that one of the little girls had summoned a Bounce House employee and was pointing into the hill-shaped bouncy.  My heart dropped into my stomach, and my senses went into red alert: I was straining to hear the conversation over the noise of the blowers, and watching every little gesture and movement to try to ascertain if this whatever-it-was pertained to my son.  I watched as the employee tried to call out to my son to get him to exit the bouncy, as if to interrogate him about whatever-it-was.  I jumped out of my seat to intervene.  I was able to get The Boy’s attention while simultaneously asking what the problem was.  The employee explained that the little girl had claimed that The Boy had slapped her across the face!  I somewhat-calmly explained that The Boy had autism, and didn’t initiate others in conversation or play in general, and would never slap another child unless he was in the thick of a meltdown, which he clearly wasn’t, happy as a clam bouncing in the bouncy.  The employee seemed satisfied with my response, and since the little girl had apparently wandered off, went on her way.

I told The Boy to go play, but to make sure not to put his hands on anyone (“I didn’t, Mom!”).  I looked around for the girl, to see if there was a parent rushing up to me, but saw no one.  After a bit, The Boy switched gears and went to the hallway to play video games, and I stood next to him, reading.  And then the posse found their quarry.  I watched, stunned, as this same little girl surrounded my son (and me!), pointed to him, and told the assembled group, “That’s him.  He’s the one who slapped me.”  Words failed me.  She continued, as did the other girls, trying to get him to acknowledge their presence and answer to their claims.  I finally picked my jaw up off the floor, and spoke up.  I said something along the lines of, “Excuse me.  This is (The Boy) and he has autism.  He never slapped you, and you need to leave him alone.”  Her response? “Yes he did!” and her friends (who had just been told that “He” was the one), nodded their sage little heads and repeated her words.  I said, “No, he didn’t.  Go away and leave him alone.  Go play! Go on!”  And they slowly walked into the other room.

What I could not wrap my brain around was the in-your-face mob mentality in such young children, and the lack of awareness that 1) an adult was standing right there while they were trying to confront another child, and 2) that they would continue to argue with said adult after being told to leave the child alone.  To this day, my mind is blown.

If there had been a parent around, believe me, we would have had words.  But there was none.  Even later, the same little girl said something  snarky again to another friend, loudly, in the hallway as we were leaving, at which point I turned around, shaking my finger at her as I spat, “You need to stop telling lies and being mean, because if you aren’t careful, you are going to turn into a bully!”  I turned on my heel and left.

I truly hope this was an isolated incident, and that it isn’t a sign of the exponential explosion of meanness in our society, but I fear that this is happening every day, and perpetuated by kids as young as 7 year-old everywhere.

I ask you, Where are the parents?

7 thoughts on “Bullying at the Bounce House”