It’s funny how much our culture is influenced by the young. It’s probably our obsession with youth and inability to age gracefully, but whatever the youngsters are into is what you’ll see on TV, in the stores, and in the comment section of anything you read.

Have you seen the term “butthurt”? Yeah, me too. I hate that term. It’s part of this prevailing attitude (thank you, hipsters) that if you get upset or heaven forbid, offended, you are part of the problem. “Everyone is so sensitive these days”. “Everyone has to be so politically correct”. “If you don’t like it, just keep scrolling,” they say.

Well, I’m here to tell you that it’s ok to be offended. It’s ok to be upset when someone says something mean or crass, or that is derogatory to someone else. It means you have a strong sense of values, and that you are brave enough to speak up either for yourself or for others who are not able to stand up for themselves.

Do you need to fight every battle? No. That would get overwhelming. As the great Mama Fry from Autism with a Side of Fries says in her latest post, “I’d rather on doing something else than having the same exact fight again and again.” She is referring to a troll who is continually poking the bear to get a rise out of the autism community, and I wholeheartedly agree with her. There are times when people do this crap for attention, and because they think it’s funny to see a bunch of people to get pissed off. This world clearly needs more therapy.

But don’t be bullied into thinking that you shouldn’t give your opinion, especially when people are being mean or derogatory. Don’t be mocked for reacting negatively to bad stuff. We need to stand up to that or it becomes commonplace, and we lose our values in this society. I’m not sure how it got to be so cool to not care about a damn thing or anyone’s feelings but your own, but I’m done with that attitude.

Besides, I’ve never been cool, so why start now. 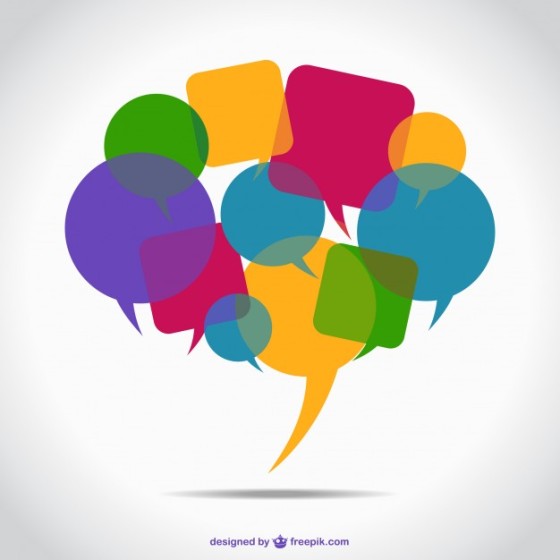 Today I had to say something.

I know it’s different in the South, but really?  How long are we going to let this be an excuse?

At work today (which just blows me away, coming from a work environment where nothing off-color would ever escape my lips, not only because that’s really not me, but also because it would never fly with anyone else), a co-worker used a not uncommon Southern phrase which also happens to be derogatory to an ethnic group.  And then the person she was speaking to repeated it in his response.

I bit my lip, sighed uncomfortably, and tried to focus on my work.

It was said again.  And again, in response.  This happened three or four more times – it almost made me feel like I was getting “punked”, they couldn’t really be saying this same phrase over and over again so many times without it being a parody, right?  Nope.  They were for real, and I was fed up.

“Could we use a different word for that?” I asked.

I was not confrontational, but it was also clear I wasn’t joking.

The first woman immediately said, in a sing-song voice, “Uh-oh!  We’ve offended somebody!  Oh no.  Someone’s offended!”  And I don’t think she meant further offense with this — more of a Southern way of backhandedly telling you you’re overreacting while trying to smooth ruffled feathers, kind of like “Bless your heart!”

The man approached me and asked if I was a member of the slighted ethnic group.  Shocked, I asked, “Do I have to be to be offended?”

He went on to say he didn’t think it was offensive, and thankfully left soon after.

I wasn’t intending to be confrontational, just speaking up.  Because it bothered me, and I don’t care if it’s a “Southern” thing.  Truthfully I was more bothered by their responses to being called out for being offensive. It made me feel as if I was somehow in the wrong.  And maybe I am, geographically.

But we can’t accept this anymore.  “It was the way I was brought up,” is no longer an excuse, because you were probably also brought up to not hurt others.  “It’s just a saying down here,” is not OK anymore.

And when you offend someone, you need to say you are sorry, and leave it at that, whether or not you agree with the person who felt offended. Why don’t people get this? It’s not up for debate!  Every single person is different, and has had different experiences and backgrounds.  If you hurt someone enough for them to speak up and tell you to your face, you just end up looking like an ass if you insist you didn’t hurt them.  You may not have intended to, but you did.  Own it, apologize, and change the subject.