There are too many stories of horrific acts done to kids on the spectrum these days.  The ice bucket challenge “prank” in Ohio, the boy in Pittsburgh duct-taped to a soccer goal… Targeted hate crimes if you ask me.  I’m appalled that schools and law enforcement seem to be utterly reactive in these situations, as well.  Taking plenty of time to “investigate” while handing down weak “discipline”.  It is so utterly disheartening to read about these attacks.

What I know is that the chances of that type of thing happening in the district where The Boy went to school from kindergarten through 5th grade were  and are slim to none.  Why?  Because they were proactive.  When they created an autism program, they also created a program for the neurotypical students that would be encountering this population in their classrooms.

In The Boy’s case, it started as “Grub Club” where the kids in the ASD program were able to go out into the community for lunch once a month and invite an NT student/friend.  The kids in the spectrum get real practice using social skills, and the NT kids get to know the ASD kids as real people, away from the peer pressure.

Grub Club morphed into the LINKS program (more info here), and by the time The Boy was in 5th grade, almost the entire 5th grade class had signed up to be a LINK.  They received special “training” and volunteered to buddy up with their ASD friends in class on projects.  When I watched The Boy and his classmates, they never hesitated to help him find where to go at the choir concert, and never refused a birthday party invitation. 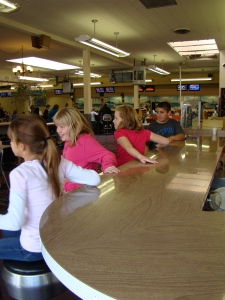 You can’t expect neurotypical kids to know how to deal with kids on the spectrum.  You can hope their families have given them some good training on how to treat other human beings, but sadly, this is not even the case the majority of the time.  If you are going to teach my kid with autism how to react to the neurotypical world, you had better also be teaching those NT kids how to deal with my kid with autism.  When you don’t, you are missing teaching lessons as important as anything in the Common Core.  And maybe your district will be the next one on the national news, dealing with some horrific act perpetrated by your students who were never taught these important life lessons.

One thought on “Peer to Peer: How to Make Sure Pranks on Kids with Autism Don’t Happen”