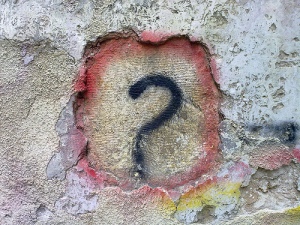 Recently, I read a blog post by Autism Daddy, and response to that post from another… all centered around the old debate of whether or not you would take your child’s autism away if you could.

And I didn’t respond.

This has become a hotly contested debate, replete with comments like “Anyone who says they haven’t ever wished their child didn’t have autism is LYING!”

Here’s the thing.  Autism is a spectrum disorder, and often co-morbid with many other diagnoses.  Those with children on the severe end of the spectrum probably voice this wish every single day, and who could blame them.  And maybe there are some who even wish it every day for their child on the less-severe end of the spectrum.  You know what?  That’s OK.  That just hasn’t been my experience – it’s not me.  Never has been, and never will be.  Nor do I judge anyone else’s feelings – they are all valid, even if I personally think following this line of thought is a monumental waste of time and energy.

I believe that everything I have experienced has made me who I am today.  I will admit that there are times I wished I had never been married to the ex, but they are extremely fleeting because my next thought is, “But then I wouldn’t have The Boy.” And that ends the line of thought right there, because I couldn’t imagine my life without him, and don’t want to.  I also wouldn’t have met The Man, and wouldn’t be who I am and where I am today without experiencing that relationship with the ex.  Ultimately, it has made me a better person, even if I was miserable for most of that marriage.

And I have always been one to handle a situation rather than freak out.  Instead of running around like a chicken with its head cut off in an emergency, I have always tried to quickly lay out a plan.  “OK, that happened, now here’s what we do…”

I can’t imagine my son separate from his autism.  If you took it away tomorrow, I would have a stranger living in my house.  I doubt he’d love Disney movies as much as he does, and he might prefer playing XBox to drawing and making videos and riding his bike like he does now.  He wouldn’t be as innocent, or as willing to hug me.  Would he even have the same sense of humor? Who knows?  Not me.  But he would be different.  I like him the way he is.

That doesn’t mean that our experience with autism is all rainbows and lollipops, and you know this about us if you read this blog at all.  We are lucky not to experience too many meltdowns, but when we do, they are catastrophic.  We deal daily with issues like “How do we get him to not bring his iPad into a public bathroom, and record video while other people are using it?  How do we get him to understand that saying, ‘What IS it?’ with a sarcastic tone of voice could be thought of as rude? How do we help him get over this obsession with toilets, for God’s sake??”

I have said before that I would love to know him better, and that’s my biggest frustration with autism.  I fear for his future like every special needs parent does.  And I fear society, and how he will be treated as he gets older, and as more expectations are placed on him to conform.

But never have I wished away his autism.  It is the honest truth.

And never will I judge another parent who has.