I just read this article about an anonymous note written to the mom of a child on the spectrum, asking her to stop one of her children from playing and making noise, and stop her other child from staring at people out the window…  Eerily similar to the situation several months ago, with another anonymous letter to another mom of an autistic child.

I can only imagine my own emotions if I had received such a letter.  And I can imagine what I would want to do about it, immediately, ideas like:

None of these, you notice, would be a very rational response.  But when you attack a person’s child, rational responses are the last thing you should expect.  Mothers can lift cars when their babies are in danger, after all. 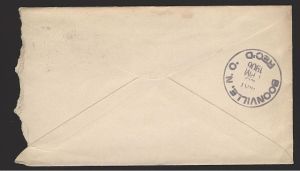 What strikes me about stories such as these is the cowardice.  Maybe it’s the influence of the anonymity (and animosity) of the internet, but people are too cowardly to attach their name to their grievances, especially when it comes in the form of a personal attack.  It’s because they know it is wrong, but they have such a selfish need to make everyone aware of their feelings (as if their feelings have more importance than others), that they have over-ridden socially accepted norms to vent those feelings.

We as parents to special needs kids need to be aware that these feelings exist, although the great majority of the people we encounter are too polite to ever say anything of that kind to us.  We need to tap in and feel that undercurrent of ignorance and irritation all around us.  We need to know it’s there so that when someone does slip, and they lash out at us in this completely inappropriate, malicious manner, it doesn’t feel like a punch to the gut.

I will never forget how awful an older woman made a four hour train ride for The Boy and me, before he was diagnosed, but not before he was a complete handful.  The whole time I was trying to control him, she sat behind us making disapproving noises and shaking her head.  I was simultaneously mortified and angry at her almost-silent judgement.

It isn’t right, and it shouldn’t be constantly on our minds.  But we need to know it’s there so it doesn’t catch us unawares.

2 thoughts on “Malice and Cowardice in Anonymity”