After I got divorced, I swore I would never get married again, and mostly because I had such a horrendous financial mess on my hands, but also because I had been so miserable for so long.  I felt and still feel that people should not have to live miserable lives if they don’t have to. 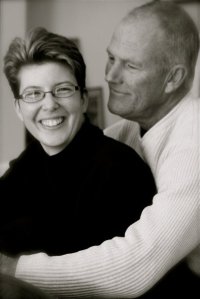 And then I came to the realization that all relationships have that potential.  They also have the potential to enrich our lives, help us grow as people, and give us the support to make us the best we can be.  I had never experienced that myself, but I knew the potential was there, and I also knew that I had never ever felt about anybody the way I felt (and still feel) about The Man.

We’re coming up on being married for five months, and in that time, we have joined households, developed routines, and purposely chosen to spend time together when other options were available.  We even work together on occasion.  And you know what?  We work well together.  Yes we have disagreements, and momentary lapses of bitchiness (on both parts), but we never get to the point of purposefully hurting the other person because that is the absolute last thing either of us would want to do.  And 99.9% of the time, we are enjoying each other’s company.

I just got off the phone with The Man.  It was just a random mid-day phone call to tell me what his plans were for the afternoon, and we talked for awhile about this, that and everything.  He said, “You know, I like being married.  I thought it would be bad, and I had bragged for so long about remaining single, and some of the married people I talked to seemed so envious.  But I really like it.  Plus, I have a good woman.  And she’s not bad to look at either,” he concluded.